sPLS is a linear, multivariate method in order to explore the relationship between two datasets while picking the features which are the most useful. Here, the functionality of the multilevel approach is exemplified. There is significant overlap between the method used here and that used in the other sPLS Case Study on this same dataset. Hence, things like the preliminary exploration and model tuning will be omitted here.

The liver toxicity dataset was generated in a study in which rats were subjected to varying levels of acetaminophen [1]. For this case study, there will be an artificial repeated measures design imposed onto this data (despite it not being drawn from a repeated measures study).

As mentioned above, a repeated measures framework will be imposed here. Below, the artificial subject feature is generated, such that a total of 16 fake subjects were each sampled 4 times:

Below, the tuned ncomp, keepX and keepY are shown. Note that these were generated via the use of the tune.splslevel() function rather than just tune.spls() as the parameter multilevel can be used to account for bias introduced by the repeated measures. Using these parameters, a sPLS model can be constructed. This tuning was done externally. The tuning output can be downloaded here.

This multilevel sPLS model can now be visualised. The projection of the samples onto the averaged X-Y components can be seen in Figure 1. In this hypothetical repeated measures experiment, the groups (exposure time) partially separated across the first two sPLS components. For instance, the 48 hour group tended to be associated with the positive end of the second component compared to the other three groups. 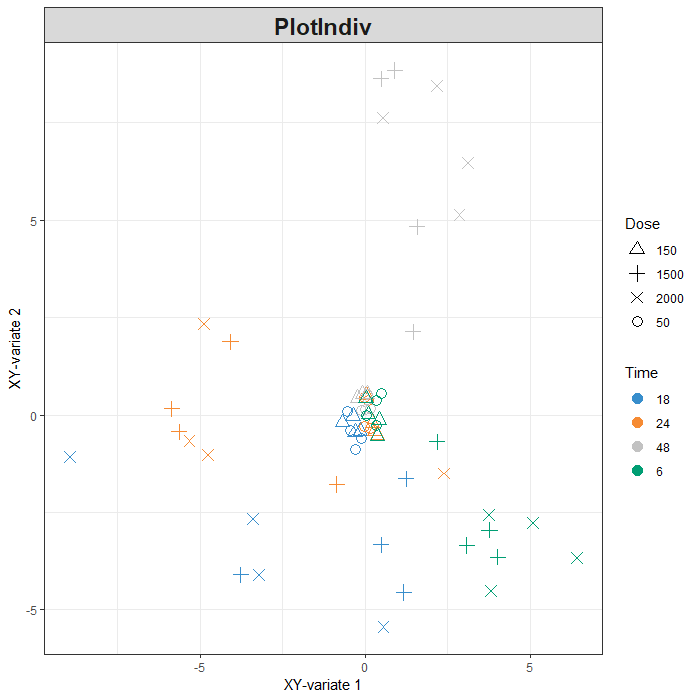 FIGURE 1: Sample plot for sPLS2 performed on the liver.toxicity data after controlling for repeated measures. Samples are projected into the space spanned by the averaged components of both datasets.

As always, the correlation circle plot is a key indicator of the relationships between the selected features, across both datasets. The two primary clusters seen in Figure 2 (negative component 1 and positive component 2) are quite tight and numerous. The features in the latter of these two are likely the key variables in the defining the 48 hour exposure group. 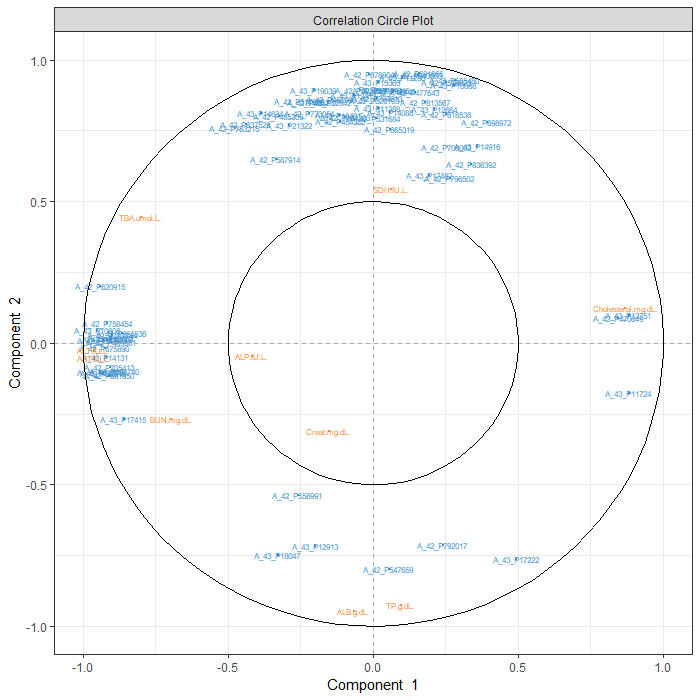 FIGURE 2: Correlation circle plot from the sPLS2 performed on the liver.toxicity data after controlling for repeated measures.

The last visualisation that is used is the clustered image map (CIM). This plot complements the correlation circle plot nicely. For instance, the cholesterol.mg.dL feature (last column in the CIM) has a small group of features it is strongly positively correlated with, a larger block of strong, negative correlations and the rest are fairly weak associations. This feature can be found (in orange) on the right side (positive component 1) of Figure 2.

FIGURE 3: Clustered Image Map from the sPLS2 performed on the liver.toxicity data after controlling for repeated measures. The plot displays the similarity values between the **X** and **Y** variables selected across two dimensions, and clustered with a complete Euclidean distance method.