?mint.plsda can be run to determine all default arguments of this function:

?mint.splsda can be run to determine all default arguments of this function:

The Multivariate INTegrative method, MINT, is a set of functions which is focused on the horizontal integration (or P-integration) of datasets – such that these datasets are measured on the same P variables (eg. same set of genes). Within the mixOmics package, there are multi-group (aka. multiple study) variants of PCA, (s)PLS and (s)PLS-DA methods.

While the studies to be integrated will be homogeneous in the type of omics data used and the features that were measured, there will be systematic differences between each dataset. This is due to the difference in timing and geographical location of each study. Spurious results may be yielded from this analysis due to the variation between datasets outweighing the variation within each dataset.

MINT methods differ from their standard counterparts in that they control for batch effects prior to undergoing their normal procedures. Hence, the inter-dataset variation can be appropriately accounted for. This can not only increase effective sample size and statistical power, but also enables the sharing of data across research communities and the re-use of existing data deposited in public databases.

Previously, sPLS-DA was extended to combine independent transcriptomics studies and to identify a gene signature defining human Mesenchymal Stromal Cells (MSC) [1]. This is a topical question in stem cell biology, as MSCs are a poorly defined group of stromal cells despite their increasingly recognized clinical importance.

The resulting agnostic platform signature of 16 genes gave an impressive classification accuracy of 97.8% on the training set, and 93.5% on an external test set (187 MSC and 474 non-MSC). The MSC molecular signature predictor is available in the Stemformatics web resource, an R package bootsPLS is also available on CRAN. The molecular signature has brought novel insights into the origin and function of MSC and it can be considered as a more accurate alternative to current immunophenotyping methods.

There are two overarching frameworks in the application of MINT in mixOmics:

Both of these approaches have sparse and non-sparse variants. 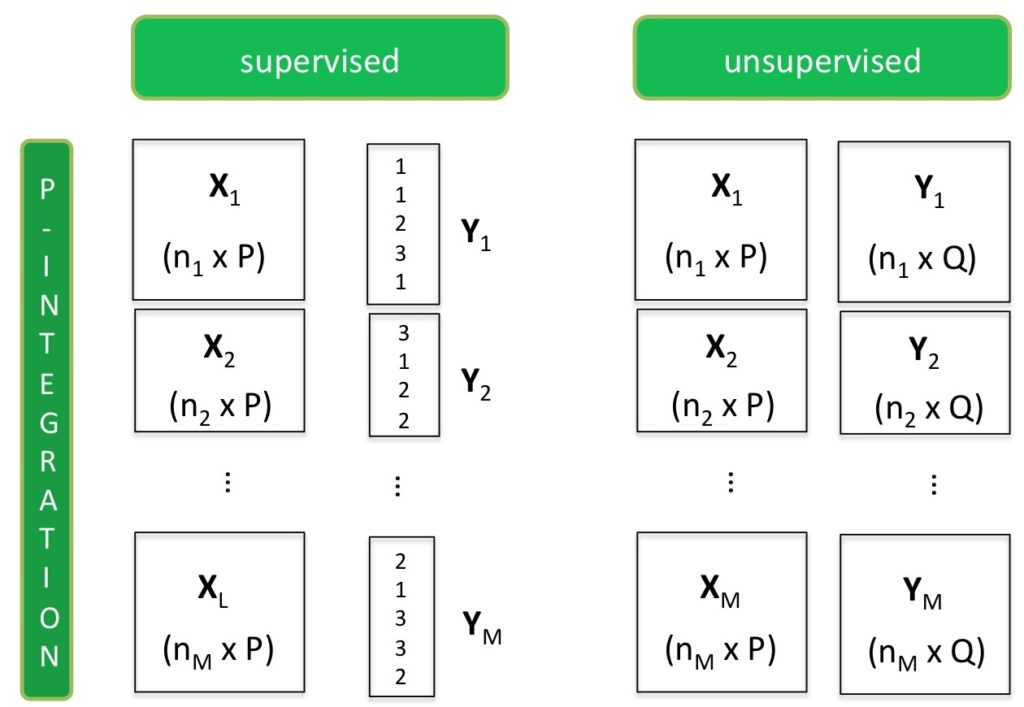 FIGURE 1: Visualisation of the two different frameworks within mixOmics. The subscripts (1, .. M or 1, .. L) denote the set of different studies being integrated. P, Q and n denote the number of predictive features, response features and samples respectively.

For a more in depth breakdown of the functionality and usage of these functions, refer to Case Study: MINT Stem Cells.

The mixOmics MINT methodology has been applied in real research contexts. A few examples can be seen below: