Short arrows indicate that the sample shows a high level of agreement between the two datasets and a long arrow indicates disagreement. The arrow lengths can be equivocated to the correlation between components associated to their respective data set for a given dimension.

The parameters of this function are not complicated and are homogeneous with most of the other plotting functions within the package. For more information, use ?plotArrow in the R console.

The arrow plot is particularly useful when undergoing any form of CCA analysis (including rCCA and (s)GCCA). In this example, the length of the arrows indicate the level of agreement or disagreement between the canonical variates of the X (lipid concentration) dataset and the Y (gene expression) dataset. Figure 1 shows that these two datasets are highly correlated as all the arrows are quite short. 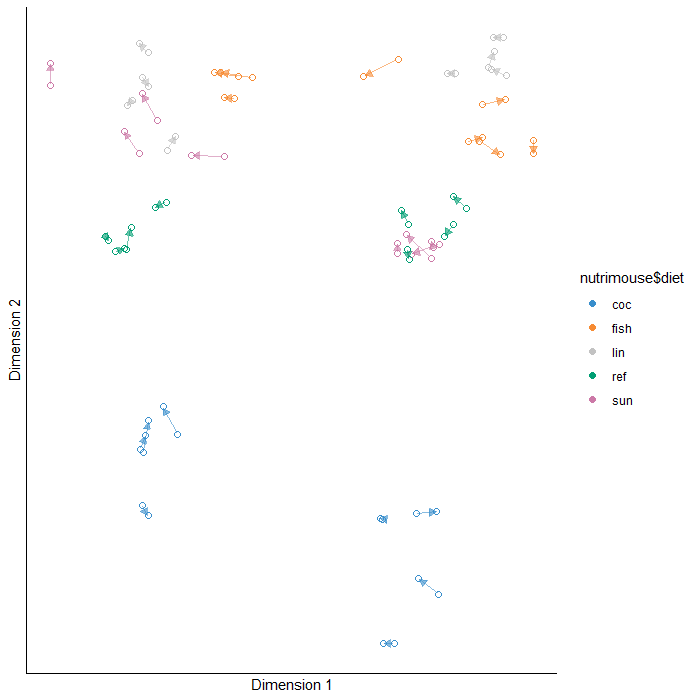 FIGURE 1: Arrow sample plot from the rCCA performed on the nutrimouse data to represent the samples projected onto the first two canonical variates. Each arrow represents one sample

The arrow plot has been generalised to handle N-integration frameworks, where there are more than two datasets being integrated. In this scenario, the start (tail) of the arrow indicates the location of the centroid of all datasets (blocks) for a given sample. The end (tip) of each arrow indicates the location of a given sample in each individual block, projected onto the averaged latent components.

Note that for Figure 2 the datasets were sliced to only contain 15 samples each. This results in there being 15 centroids, each with three arrows pointing off them (for each dataset). This is done purely to reduce the visual clutter in order to exemplify plotArrow()'s use. 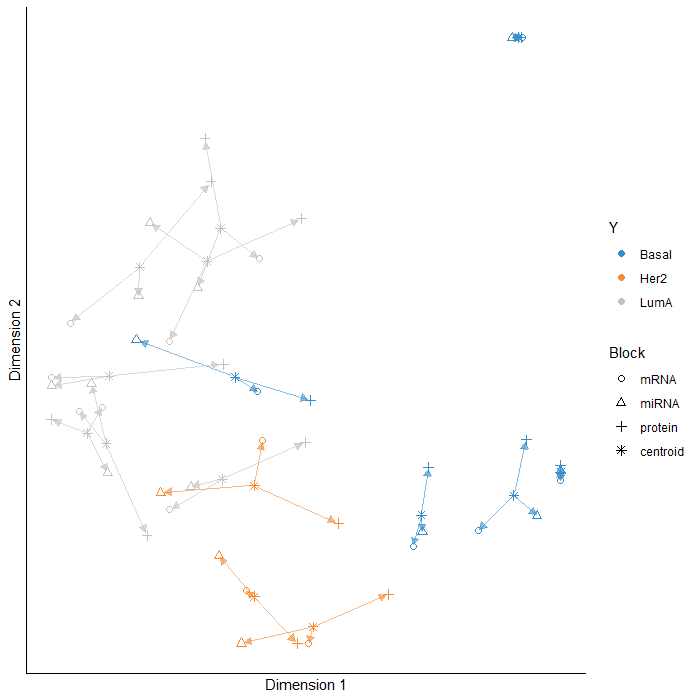 FIGURE 2: Arrow plot from multiblock sPLS-DA performed on the breast.TCGA study. The samples are projected into the space spanned by the first two components for each data set then overlaid across data sets

Refer to the following case studies for a more in depth look at interpreting the output of the plotArrow() function: