There is sometimes difficulty in choosing with method is appropriate to use for your specific analysis. This page seeks to clarify what sort of biological questions you will be able to solve with each of the methods included in the mixOmics package. Figures 1&2 give a basic outline of which methods are applicable given your data. 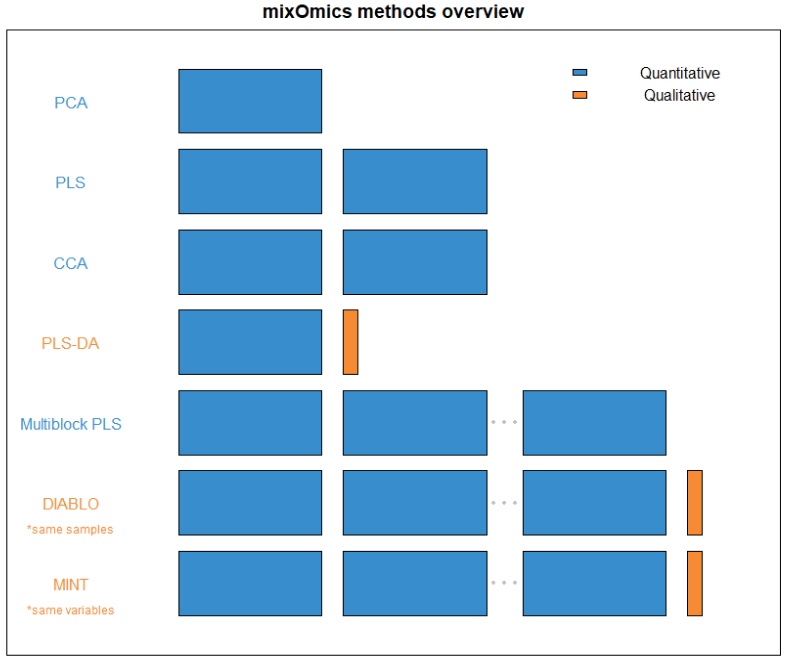 FIGURE 1: An overview of what quantity and type of dataset each method within mixOmics requires. Thin columns represent a single variable, while the larger blocks represent datasets of multiple samples and variables. 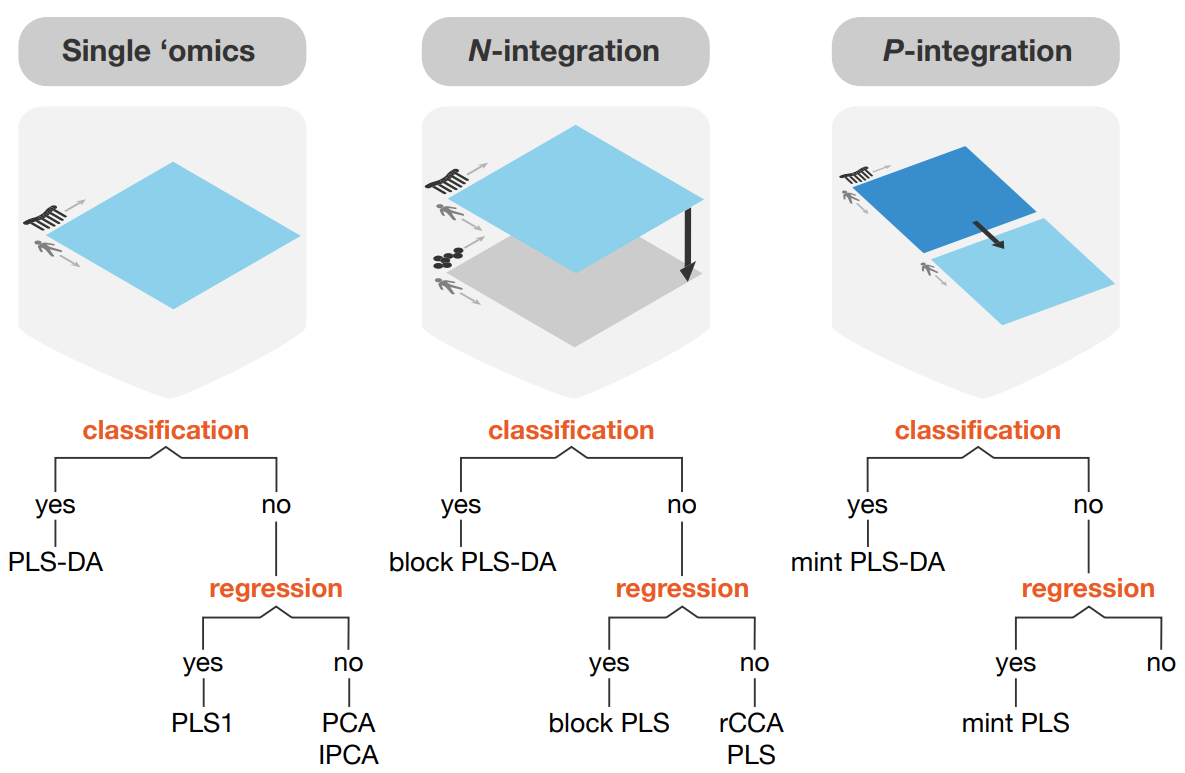 FIGURE 2: A decision tree to aid in selecting the correct method for a given analysis. The first step involves determining how many dataframes are being used and how they are related. Next is the question of whether it is a classification or a regression problem. If neither, then the method is purely exploratory.

A PCA type of question

Variants such as sparse PCA (sPCA) allow for the identification of key variables that contribute to defining the principal components while Independent Principal Component Analysis (IPCA) uses ICA as a denoising process prior to principal component generation to maximise statistical independence between these components.

A PLS type of question

PLS maximises the covariance between data sets via latent components, which reduce the dimensions of the data. In sparse PLS (sPLS), lasso penalisation is applied on the loading vectors to identify the key variables that covary. There are two modes:

A CCA type of question

CCA (and its variant regularised CCA (rCCA)) achieves dimension reduction in each dataset whilst maximising similar information between the two datasets measured on the same samples. The canonical correlations inform us of the agreement between the two data sets that are projected into a smaller space spanned by the canonical variates.

A PLS-DA type of question

PLS-DA is the special case of PLS where the Y dataframe is a single, categorical variable (y). PLS-DA is used for classification by fitting a predictive model which discriminates sample groups. The variant sparse PLS-DA (sPLS-DA) includes lasso penalisation on the loading vectors to identify a subset of key variables.

An N−integration type of question

The N-integration framework integrates several datasets measured on the same samples. There exists the multiblock sPLS method for undergoing a PLS analysis on more than two datasets. If a supervised framework is desired, there is multiblock sPLS-DA (referred to as DIABLO) for generating a predictive model for a categorical variable based on predictors from several datasets. There also exists non-sparse variants of these methods within the mixOmics package.

A P−integration type of question

(several studies of the same omic type, supervised or unsupervised)

The P-integration framework (refered to as MINT – Multivariate INTegration) integrates several datasets measured on the same types of variables. For example, if it is genomic data then each dataframe would have the same set of genetic markers represented as variables. The supervised framework (multigroup sPLS-DA) aims to classify samples and generate a set of variables which leads to the best prediction on an external test set. The unsupervised framework (multigroup sPLS) identifies highly correlated latent components from the multiple datasets. It can also be used in a regression analysis, similar to the sPLS regression mode.