A new CRAN version is now available. We have considerably improved the computational time for the tune and perf functions! (see example below). We also fixed some reproducibility issues when using parallel computing with a set seed.

There are still some spots left for the beginner mixOmics workshop in Toulouse, 9-10 Nov. Details here.

Enhancements:
————-
– huge gain in computation time for the tune functions tune.splsda and tune.block.splsda. The larger the data, the bigger the gain. Requires new dependencies: ‘matrixStats’, ‘rARPACK’, ‘gridExtra’
– a plot for an object `tune.block.splsda’
– tune.multilevel function was deprecated a while ago and now removed.

The gain in computational time is reported below for our different supervised frameworks. It all depends on your operating system, but generally, the user time  =  execution of the code, the system time = system processes (e.g opening and closing files), and the elapsed time is the difference in times since we started the stopwatch. 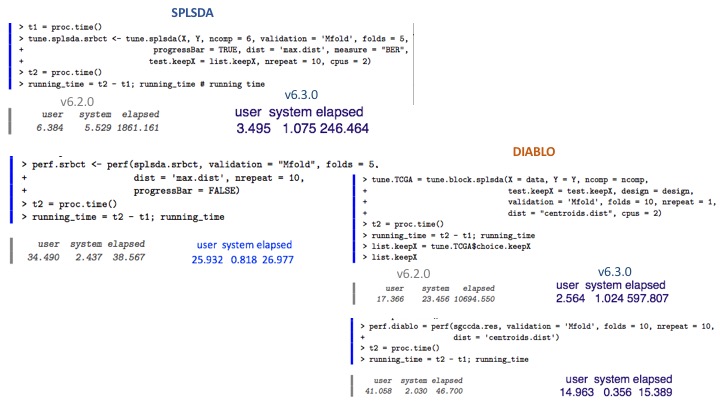 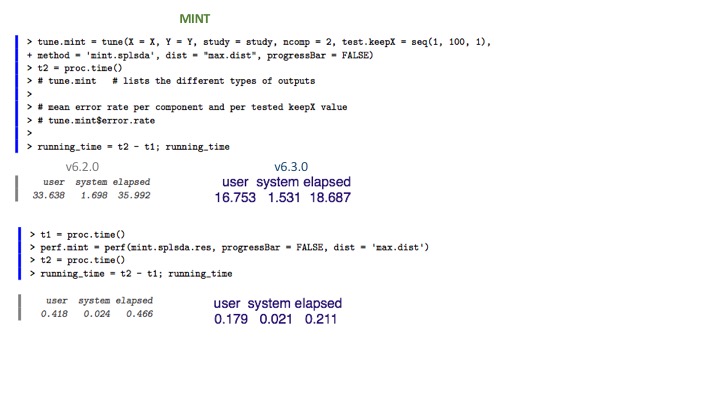 This entry was posted in Updates, Workshop. Bookmark the permalink.